I owe some of my most treasured memories to travel. Theres a reason I’m so obsessed with seeing the world, and I smile every time I look back at these moments in particular. I was most likely thinking something along the lines of “I love my life” at the time.

Cycling over the Golden Gate Bridge

Thoughts when cycling over the bridge: “Wow, it’s really windy. And cold… isn’t it supposed to be summer? There are more people on this bridge than cars. Stay on your side pedestrians!”

Thoughts when having to get up the hill to this view point: “I can’t cycle up that thing. I’m going to try…. Ok I’m walking the bike up.”

But it was worth every second. With beautiful views of the city whilst going over the bridge and once up this hill, there were even better views. On that day I grew a strong appreciation for humanity and the beautiful things we create.

Here’s a list of some of the best places to view the bridge. 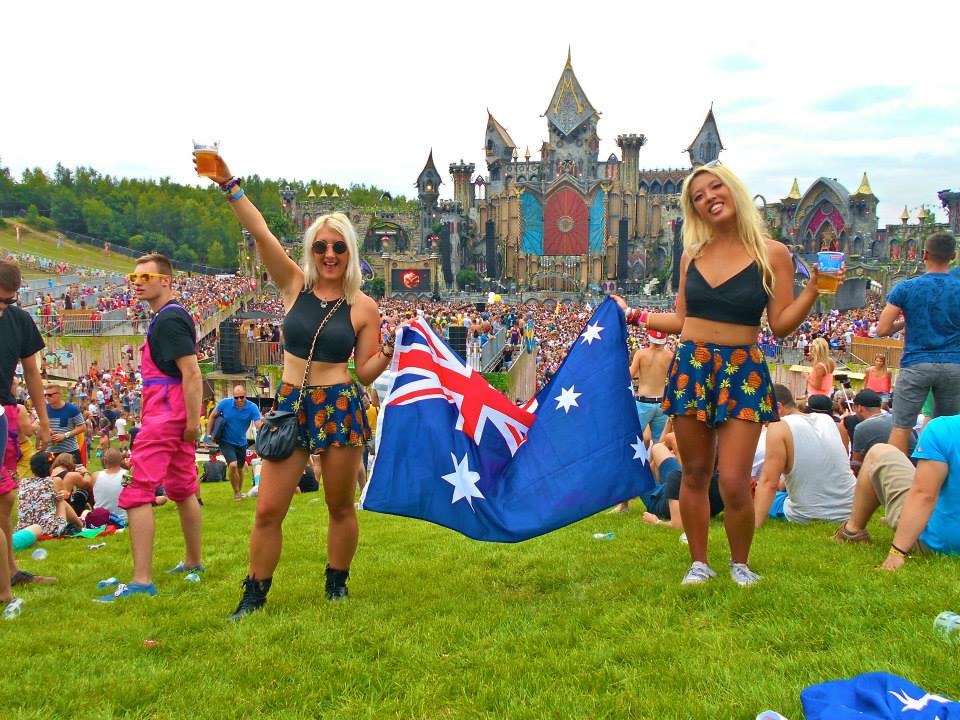 It wasn’t just the insane fairytale-like setting or the world renowned DJ’s that made this the best time of my life, but the people. Everyone there, from over 100 different countries, were united. Such a friendly atmosphere full of dance lovers who were just there to have a good time without a care in the world. If only the whole world were always like this place.

Thailand is full of stunning beaches, but one day trip from Phuket had me thinking I could never be satisfied with any regular beach ever again. We stopped at Phi Phi Island for lunch (which is worth a stay for a few nights in itself) and then stopped at Monkey Beach where we were surrounded by… I’m going to let you figure that one out. Then after some stunning cruising past old pirate caves, stunning rock formations and crystal clear waters we arrived at this beach, made famous by movie, The Beach. Unfortunately due to tourism it can be very overcrowded and polluted with rubbish. Don’t be one of the looters, keep this place beautiful.

It was an emotional experience being on the same body of water our ANZAC (Australian New Zealand Army Corps) soldiers were sitting on moments before they were to arrive on shore and begin their battle during World War I. My family and I were on a cruise, dedicated to the 100th anniversary that followed the path the soldiers took on their way to war. Leaving Perth, Australia and stopping in Sri Lanka where they refuelled, Egypt where they trained and then to Turkey where they fought, with some added stops on the way.

Having a tour guide for these ruins was probably the reason I enjoyed it so much. We learnt a lot about the archeological site which dates back to 600 AD. It was once a major city for the Mayan civilisation in the area and El Castillo (building pictured) has so much meaning to it. Every stone, step, detail has a purpose mostly relating to the calendar year. It even makes bird noises when you clap at the bottom of the stairs as the sound leads up to the top chamber. So creative for such an ancient civilisation. Amazing.

I have never appreciated the beauty of nature more than whilst here. Driving around to all of the lakes, with their vivid colours from the melting glaciers, sky high rocky mountain faces tucked up against them and dots of contrasting snow a top them. Here’s why the Canadian Rockies should be on your bucket list.

Helicopter Ride over the Grand Canyon

It really is the best place to splurge on a ride from above. Standing on the edge may be incredible, but it barely covers the magnitude of it all. Even a half an hour flight didn’t scratch the surface but still one of my all time favourite ‘awe’ moments. Watch a little video I made about it.

I had been looking forward to my sail for a long time prior, and I was not disappointed. Relaxing on our own beautiful boat, with our own crew, amazing new friends surrounded by the clearest water, stunning islands and mountain ranges along the coast. Read my full review here.

The Pyramids of Giza

I wish this could be higher on my list, as it has always been something I have looked forward to. To see the last remaining Ancient Wonder of the World. Sadly I was very let down. Poor treatment of the ruins and annoying hagglers were some of the reasons. Read more about my disappointment of the Pyramids. I still had to add it to the list though, because they are truly incredible sites.

I don’t think I’d be the first to call it the most beautiful island in the world. So unique and just simply breathtaking. I will forever dream happy thoughts about this place. There really is a heaven on earth.