Boston was a bit of a shock for me in a lot of ways. The city is filled with so much history, being the first major American city colonized by the British, and oozes style and charm. Over Thanksgiving break, I took a trip there with five other girls from Australia and the UK I met whilst studying at TCNJ. The city in itself was beautiful to walk around and we learned so much history along the way.

Not being one of those cities with a million huge tourist attractions gives you a chance to explore the city itself and get a real feel for it. Wander through the beautiful cobble-stone streets and past some amazing architecture with a stylish mix of old and new. 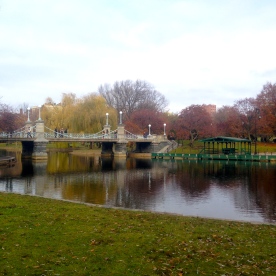 Heading to Boston in Fall/Autumn had its perks, as the oldest park in the country was alive with colors. This park is also the starting point for the Freedom Trail, a must whilst in Boston. 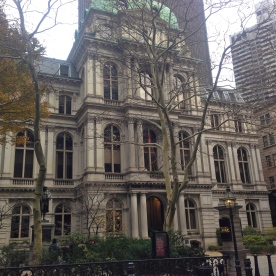 Discover the rich history of Boston by following this 2.5 mile long trail that stops at 16 historically significant sites. I learned a lot about the city and the American Revolution, which started there. You can choose to follow the red line at your own pace, but we opted to do a guided tour to get all the stories and information. It was a great experience, plus the tour guides dress up in cool olden day outfits! Buy your tickets for the guide in the Information Center at Boston Common. 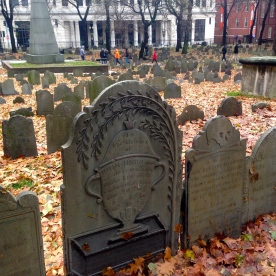 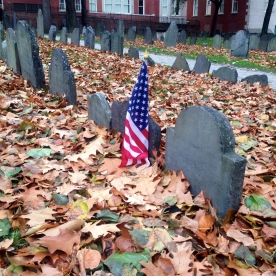 This is one of the stops on the Freedom Trail but I loved exploring this on its own. Established in 1660, the graveyard is the resting place for thousands of Bostonians including some of America’s most notable citizens. You’ll find headstones for Paul Revere, John Hancock, Samuel Adams, the victims of the Boston Massacre and Benjamin Franklin’s parents. 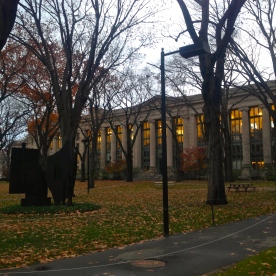 Being a University student and having lived close to Princeton, I love to explore the Ivy League schools. Harvard didn’t impress me as much as Princeton, but was still a beautiful campus and a beautiful town just a subway ride out of the city.

The Freedom Trail ended right near this food haven. The indoor market is filled with any type of food you could think of. From Thai to seafood, pizza bagels to candy apples. You name it, they’ll have it. Or better yet, they’ll have something you didn’t even know you wanted until you saw it (the pizza bagel for me). 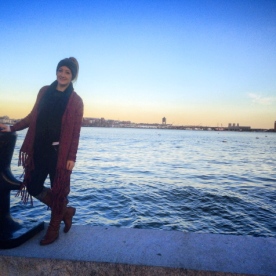 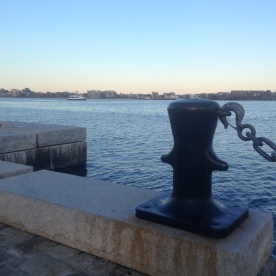 Right near Quincy Market, the Boston Harbor is a great place to walk around, with nice views of the city skyline. 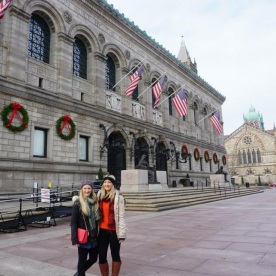 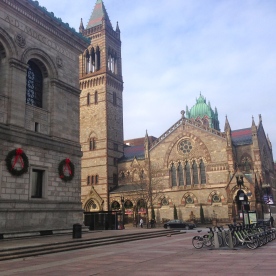 This square is surrounded by beautiful churches and the Boston Public Library so get ready for many camera opps. Trinity Church in Copley Square (above left) is one of the most unique churches I have seen. 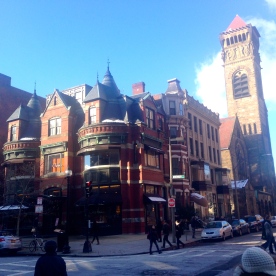 Right near Copley Square, Newbury street was a great place to shop. Even if you don’t feel like shopping, grab some lunch or just explore as the street in itself is worthy enough. I found some of the most beautiful houses and shopfronts here. Turn left at one point to run into the Prudential Center for more shopping 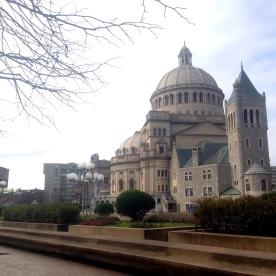 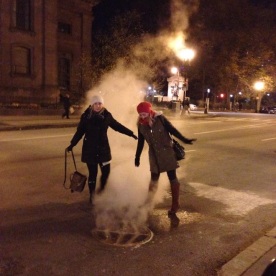 It’s dubbed ‘the walking city’ for a reason and it was so enjoyable to walk through the streets and just take in the charm of the city.

If Boston wasn’t on your list, it should be now!