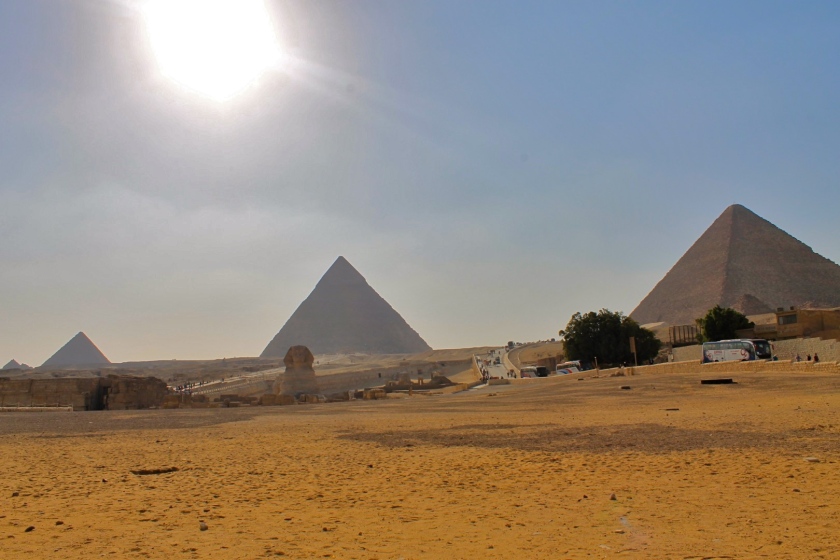 Being the last remaining ancient wonders of the world, the Pyramids and Sphinx of Giza have long been on my bucket list. I was very excited to arrive into Cairo, but sadly I was very let down. A combination of things, such as time, poor organizing and the poor care taking of the site made it a disappointing experience.

We organized a tour to go to the famous Pyramids and the Egyptian museum. For starters, our ship was only in the port near Cairo for one day and Cairo was about an hour and half to two hours away from the port leaving not much time to explore. Our tour guide was a tad ignorant to this fact and didn’t listen to instructions saying we were to only have 40 minutes at the museum, so we overstayed our welcome by double as we were there for almost two hours. 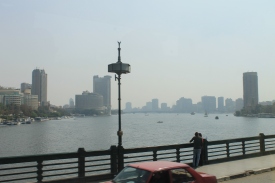 Cairo on the River Nile 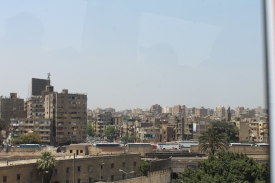 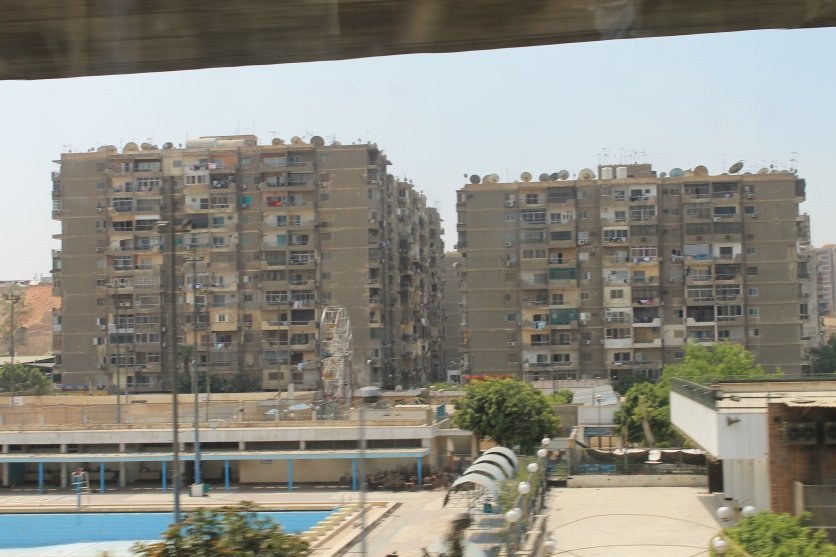 Because of this, we were rushed seeing the pyramids. I would have much rather rush the museum and spend more time at the Pyramids. Makes more sense you would think?

It was late afternoon by the time we got to them, and I was amazed that the city of Giza ran right up to them, not like the photos you see where it seems they are in the middle of nowhere. Once we were in the gates to see the ancient wonders, there were annoying hagglers everywhere and annoying men with postcards and camels trying to sell you things. There were also tourists and even the local sellers climbing all over the ancient wonders of the world. I was appalled. 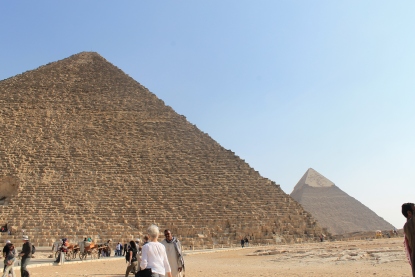 City of Giza running right up to the pyramids
I knew there were several viewing points, one of which being a bit of a drive away, but a place where you could view all three pyramids so the city was hidden in the background and it looks fairly deserted, like you see in the famous photos. It would have been perfect as the sun was shining that way and would have made for a great photo. Our tour guide said we would go to this viewing point. We didn’t. Other groups however, did.

We had 10 minutes right next to the two main pyramids, then was rushed away to drive down to a viewing point near the Sphinx. We didn’t even get to go into the Sphinx (which was paid as part of our tour) and had to view it from the road, with the sun shining behind it all so you could hardly see a thing.

The best view we got of the Sphinx… from the bus 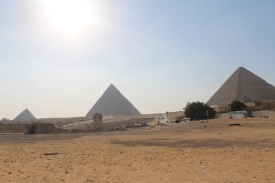 The only photo I got of all three in one photo, and you can’t see the detail in them because of the sun.

Our female tour guide ignored our disappointment and put it down to ‘no time’, but yet we spent around 2 hours at the museum, a lot of that time being wasted by us just standing around. I understand it was a rushed trip as we had to be at the boat by a certain time, but many other tour groups were able to fit it all in, with a stop at each viewing point (including the best one) and had a ‘better’ time. The general concern of my day though, was still disappointment at the poor treating of the site and the dirty city itself.

Our tour guide was a huge factor in our stressful and less than desirable day as well, as she was careless. She drove off on a few people at one stage, two of them being a couple with a toddler. We all insisted to stop and wait for them but the tour guide exclaimed it was ‘just around the corner and they could walk’. They didn’t, and needed to pay for a horse and cart ride. The tour guide seemed unfazed and didn’t care much at all.

The city of Cairo (what we saw from the bus) seemed extremely crowded with apartment blocks pushed in very tightly together and housing didn’t seem stable. Our tour guide explained that some buildings were even built illegally, without permits and are in a very rough state. Too many buildings thrown into a small area. Very cluttered and very dirty. Rubbish everywhere, polluting the limited waterways.

Overall Egypt has a lot of potential to become a number one travel destination. With so much to offer and some of the most ancient sites in the world, but they are very poor at respecting and preserving these places. The last standing Ancient Wonder of the World may soon be gone like the rest and they will only have themselves to blame.